In 1957 the people at Disney bought into a very unique collaboration with the Monsanto Plastic Company – together they created the House of the Future, also known as the Monsanto House.  The home was a part of Tomorrowland.  It offered visitors the opportunity to preview their future in 1986 … a time when nearly everything in life would have a lot more buttons, and just about everything would be made of plastic.

From the brochure … “Is everything of plastic?  Almost.  Dishes, cups, countertops, walls, floors, ceiling, tabletops, shelves, and cabinets.  Plastics in all their colorful, functional, and beautiful versatility have transformed a work area, have stepped it years ahead.”

In it’s short run, more than 20 million visitors got a glimpse of what life was going to be like in 1986.  The inventions of the future included insulated glass walls, picture telephones, plastic chairs, microwave ovens, speaker phones and electric toothbrushes (psychics!), but some of the other inventions like the ultrasonic dishwasher, atomic food preservation, and plastic sinks with adjustable heights never came to be (yet). 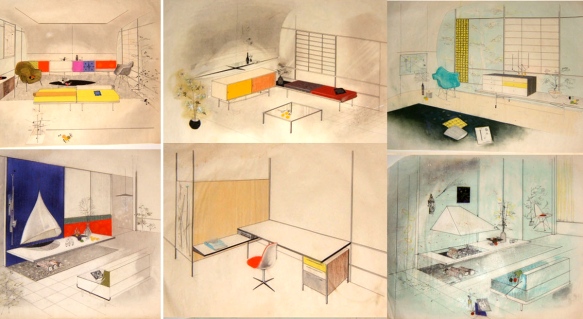 The house also featured some excellent modernist designs by such as George Nelson‘s Coconut Chair, furniture by Estelle and Irwin Laverne, and fabrics by Alexander Gerard; and when the interior was updated in the 60s it was put in the hands of Vladimir Kagan! 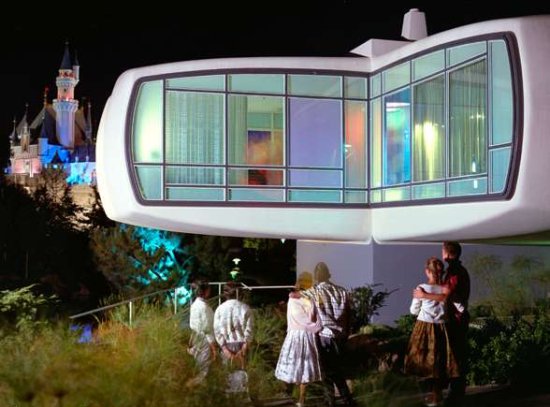 Amazingly enough the plastic House of the Future was ridiculously sturdy, so much so that when demolition crews failed to demolish the house using wrecking balls, torches, chainsaws and jack hammers, the building was ultimately taken down using choker chains to crush it into smaller parts in 1967. The reinforced polyester structure was so strong that the half-inch steel bolts used to mount it to its foundation broke before the structure itself did!